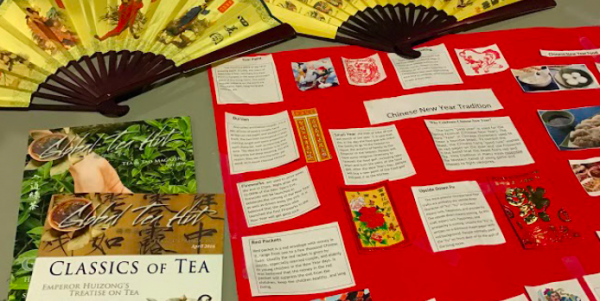 The Cultural Diversity Festival, an event hosted by second-year RA Paolo Baez-Perez, celebrated the various backgrounds of Novo Collegians. The event emphasized cultural education, but in a fun way; there were many distinct foods to try, dances to watch and history to learn. With the cohort of 2016 being one of the most racially and ethnically diverse class in New College history, the festival flourished with multiple perspectives.

The following countries were represented at the festival: China, Colombia, Cuba, Dominican Republic, England, Greece, Israel, Lebanon, Mexico, Palestine, Poland, Sweden and Taiwan. In addition to these 13 booths, there was a dance space in the black box theater and a reading in Spanish of 100 Years of Solitude by Gabriel Garcia Marquez.

“The purpose of the event was to create an atmosphere for students to express where they come from while also educating others. The event was meant to be interactive with live presentations by the representatives to the students who walked around,” Baez-Perez wrote in a message to the Catalyst.

In a time when a leading presidential candidate wants to build walls between countries and cultures, it is especially important to celebrate our differences. The live presentations proved to be very effective in portraying these differences, as the presenters involved spectators in a way that kept them engaged.

“It felt rewarding to participate in the festival because I got the chance to promote my countries and their respective cultures.”

“It was really great to see all of the students speaking so passionately about their countries,” first-year student Abby Morse said.

“The ultimate goal was to encourage the discussion about our roots and what makes us proud to be from where we are,” Baez-Perez wrote.

The event was made possible by the combined efforts of multiple students, and their pride and passion proved to be popular among students.

“There were 150 people who signed in but the true attendance is definitely closer to 200. So the turnout was amazing,” Baez-Perez wrote. “I mean who doesn’t love a good street fair like walk through with good food and great people.”

The blend of food, music, history, pride and enthusiasm created an event that truly celebrated the diversity of our student body.

“This event was awesome and couldn’t have been possible without the great team of RA’s we had working on it!”